Let's Plan Your Travel to Portugal

From its charming medieval towns, hilltop castles, fantastic food and wine to its dramatic karst coastlines with white sandy beaches, there’s a lot to love about Portugal. A small country in the southwest of Europe that shares the Iberian Peninsula with Spain, what first-time travelers to the country are often most struck by is the affordability of its delicious cuisine, the friendliness of the people, and the ease of getting around.

The abundant sunshine and warmth for enjoying it all don’t hurt either. Its Mediterranean climate is one of the warmest in Europe and winters rarely see temperatures below freezing. While the landscape is highlighted by towering mountains and beautiful stretches of sand, there are also rolling hills and verdant valleys dotted with stone-built villages.

Families here have been eking out their livings from the land for generations, with the south dominated by vast agricultural plains where wild boar roam and the north known for its mountains and steeply terraced vineyards.

While there is plenty of the modern world to be found, there’s also lots of tradition. Small villages may be hooked up with Wi-Fi with residents taking advantage of the latest technology, yet it’s not uncommon to find people working as candlemakers and blacksmiths.

History buffs will find lots to discover too. Europe’s oldest nation-state became the Kingdom of Portugal in 1139. Before that, the Phoenicians, Greeks, Carthaginians and the Romans all successively occupied the area that’s now known as Lisbon.

From 210 BC, the Romans controlled present-day Portugal and they left many lasting legacies that can be seen in ruins today, as well as in the production of wine and the Portuguese language. The culture revolves around folklore, art, festivals, and sports. Nearly every village and city have its own theatre, museum, or art venue to celebrate the historic folk traditions and the café culture is thriving here as well.

When not watching their favorite sport, football (soccer), the locals often enjoy passing the time at sidewalk cafes. Cultural festivities are big and Carnival is celebrated similar to Mardi Gras, with costumes, music and dancing, and plenty of good food. 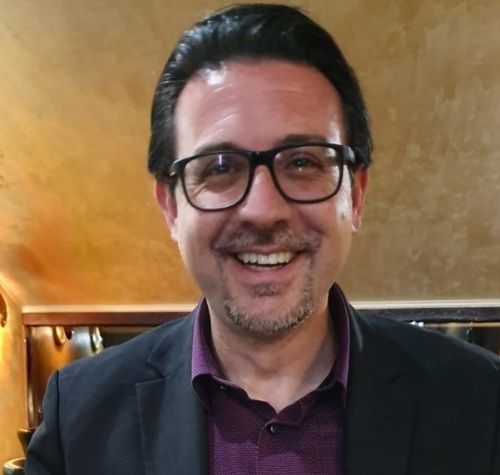 Where are Portugal’s best wine regions?

Portuguese wine is famous throughout the world. For food and drink aficionados, a visit to its wine-growing regions is not to be missed. Our favorite region to include our tours is the beautiful Douro Valley, flanked on either side of the Douro River, stretching through Portugal’s interior from the Spanish border right down to Porto. This UNESCO-protected region produces full-bodied reds, fresh whites, and is the home of sweet, sticky, fortified Port. Also around Porto, to the northwest, you’ll find the Vinho Verde region which produces Portugal’s famously fruity and fresh easy-drinking whites.

What are the best beaches in Portugal?

Portugal has nearly 2,000km of coastline along which you’ll find some of Europe’s finest beaches. They range from fascinating natural formations like Algar de Benagil which is only accessible by water, to wide sandy stretches with great facilities for a family day at the beach like Praia do Zavial. Portugal has also become well-known for some of the world’s best surf spots, like Coxos in Ericeira and North Canyon in the region of Nazaré.

What are the best places to visit in Portugal?

The two major cities – Lisbon and Porto – are undoubtedly the must-see places to visit in Portugal. The former, Portugal’s atmospheric capital, oozes history and charm, with pretty cobbled streets leading to elegant castles, graceful gardens, and vibrant cultural attractions. Porto is famed primarily for its wine, but you’ll also find more fine architecture and stunning views alongside the Porto River. The Douro Valley is heaven for wine lovers, and Braga – knowns as the spiritual heart of Portugal – is similar for those enthused by history and culture. All of these locations should be included on a typical highlights tour.

What’s the best itinerary for Spain and Portugal?

A basic highlights tour of Spain and Portugal would take in the principal cities of both: Madrid and Barcelona in the former; Lisbon and Porto in the latter. Such as trip would be a compact 10-11 days with a key focus on culture, history, and urban sightseeing. With more time to play with travelers could also focus on the foodie highlights of Iberia, bringing the Douro Valley in Portugal, and perhaps a trip up to San Sebastian and the Basque region in Spain. A ‘Grand Tour’ could include Braga and Evora either side of Lisbon, then perhaps Santiago de Compostela in northern Spain, or the southern Spanish jewels of sophisticated Seville and breathtaking Granada.

How is the culture of Portugal different from Spain?

A tricky question to answer. The main point to address is that Portugal is the smaller country, with less geographical variation through its regions. It has been a single state for far longer, and all told has a more homogeneous culture countrywide. Spain however is a collection of vastly diverse regions: there is much more difference between, say, the Galicia and Andalusia than there is between either and Portugal. Of course, the best way to educate yourself on the differences between the two Iberian states is by examining in-depth on a tailor-made tour!

Pastel de nata, a ‘must taste’?

100% yes! The humble egg custard tart is an icon of Portugal. The crisp flaky pastry and soft, sweet, sugary filling is a true thing of joy – you’ll easily find yourself snacking on 2 or 3 a day which touring around Portugal! Pastel de Nata are sold all over Portugal, but the recipe originates from the Jeronimos Monastery in Belem, a western neighborhood of Lisbon. The nuns and monks used egg whites to starch their clothes, and needing to find a use for excess egg yolks, came up with this magnificent sweet treat! Pasteis de Belem, right next to the monastery, claims to serve the best Pastel de Nata in the world (we have tried, and think they might have a case!).

The Best Time to Visit Portugal