Our guide on the best places to visit in Vietnam

Most first-time tours of Vietnam will focus on 5 or 6 key locations. Vietnam’s two principal cities of course: capital Hanoi in the north, and buzzing metropolis Ho Chi Minh City (formerly Saigon) in the south. The dramatic scenery of Halong Bay and neighbouring Lan Ha Bay are unmissable. In the central regions, the former Imperial capital Hue offers superb historical sightseeing, while nearby Hoi An is Vietnam’s great all-round destination: a charming heritage town packed with great shops and eateries, a perfect white-sand beach, a wealth of activities on offer in the nearby countryside, and some of the country’s best hotels. If time permits a night or two down in the sultry Mekong Delta south of Saigon offers alluring tropical scenery and fascinating slice-of-life cultural sightseeing.

Vietnam’s elongated coastal shape lends itself to straightforward runs north-to-south – Hanoi, Halong Bay, Hue, Hoi An, Ho Chi Minh City – or vice versa, and we can’t lie that this routing will the backbone of most itineraries. If you’ve a sense of adventure and a little more time on your hands however it’s easy to split away from the coast and discover Vietnam’s rural and often dramatically scenic interior. To the north, the mountainous highlands of Sapa, Mai Chau, and Pu Luong are rich in unspoilt hiking routes and tribal minority villages. Phong Nga National Park in central Quang Binh province is one of the worlds most impressive but barely-known caving destinations. Cat Tien, Lak Lake, and Dalat in the Central Highlands offer jungle treks, bucolic escapes, and a former French mountain retreat respectively. A week could be spent in the vast Mekong Delta visiting cottage industries and floating markets well away from the tourist trail. All of these places can be folded into a wider itinerary with minimal fuss.

Lastly, if you’re looking for a luxurious beach extension at the end of a busy trip, then Vietnam boasts a medley of alluring options. Mainland destinations include Mui Ne, Qui Nhon, and Nha Trang, or a short domestic flight can take you out to offshore islands Phu Quoc or Con Dao. All of these locations offer outstanding accommodation and beaches to rival anywhere in the wider region.

Best places to go in Vietnam

We’ve put together introductory notes on Vietnam’s most well-known destinations below. If you find this list a little limited though and you’re keen get off-the-beaten-path then please let our specialists know, and they’ll respond enthusiastically! 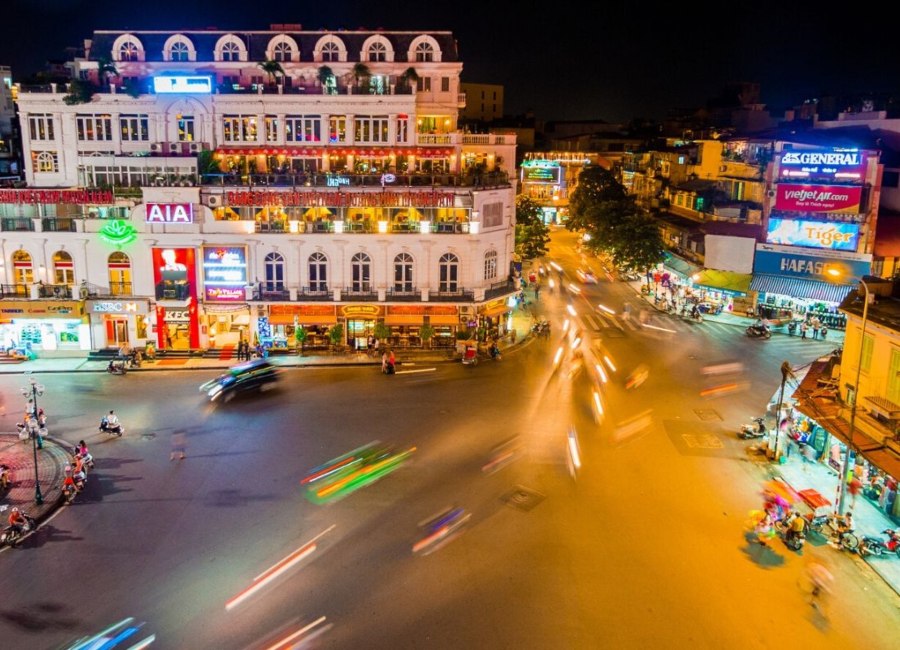 Vietnam’s capital is one of the most exciting and enticing in Southeast Asia. Hanoi is markedly different from other Asian capitals: a collage of cultural influences from the Chinese, French, and northern Vietnam which is rapidly modernising but wears its history on its sleeve. The heart of the city is its picturesque, kaleidoscopic Old Quarter: a labyrinth of streets, some more than 1,000 years old, tucked between the Red River, Hoan Kiem Lake and the few remaining walls of Hanoi’s ancient citadel. Most of the city’s best accommodation is located either in or around the Old Quarter and it remains a delightfully atmospheric area to explore with excellent shopping and world-class dining in both high-end restaurants and world-beating street food. Outside of the Old Quarter you’ll find numerous picturesque parks, growing modern quarters, and excellent historic sightseeing.

Take in the Highlights of Vietnam on our example itinerary 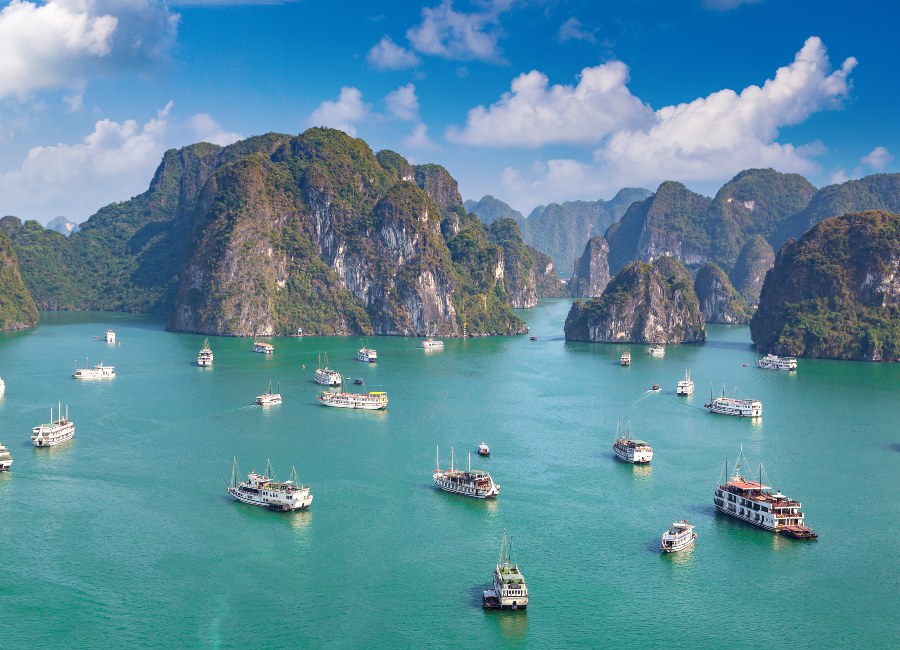 Vietnam’s most enchanting and famed tourist destination, Halong Bay covers an area of roughly 600 sq km, made up of some 2,000 islands and islets. A mesmerising network of limestone karst pillars and rocky outcrops, set against a backdrop of placid turquoise waters, it has an otherworldly outlook and is rightly designated among UNESCO’s seven natural wonders of the world. A small few of its islands are inhabited – making for fascinating visits to floating villages – but most are completely empty, ready to be explored by means of hiking, kayaking, caving, or climbing. The best and only way to experience Halong Bay is taking a luxurious overnight (or multi-night) small ‘junk’ cruise; these atmospheric vessels providing the perfect accommodation for watching the scenery slip by. We also recommend visits to neighbouring Lan Ha and Bai Tu Long bay – part of the same coastline, boasting similarly dramatic scenery, but seeing a fraction of the visitor numbers. 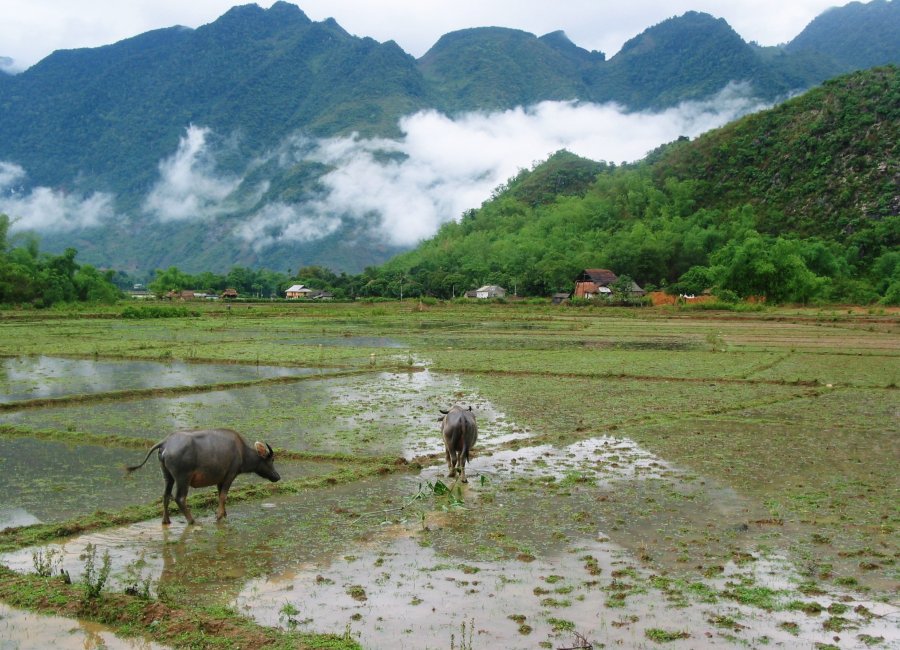 Situated around 4 hours west from Hanoi, out in rural Thanh Hoa province, Pu Luong is protected nature reserve offering a bucolic escape from the city. The scenery here is emerald rice paddies, crisscrossed by small streams, set against a backdrop of tropical green hills. The area is home to a wide array of hilltribes, each with a distinctive clothing style and culture, and is a base for trekking, rafting, and immersive cultural tours. Accommodation will be in a comfortable rural lodge which, while not being classed as luxury by any means, is of an excellent standard given the remote location. We generally recommend a stay of at least two nights out in Pu Luong in order to truly immerse yourself in the area. 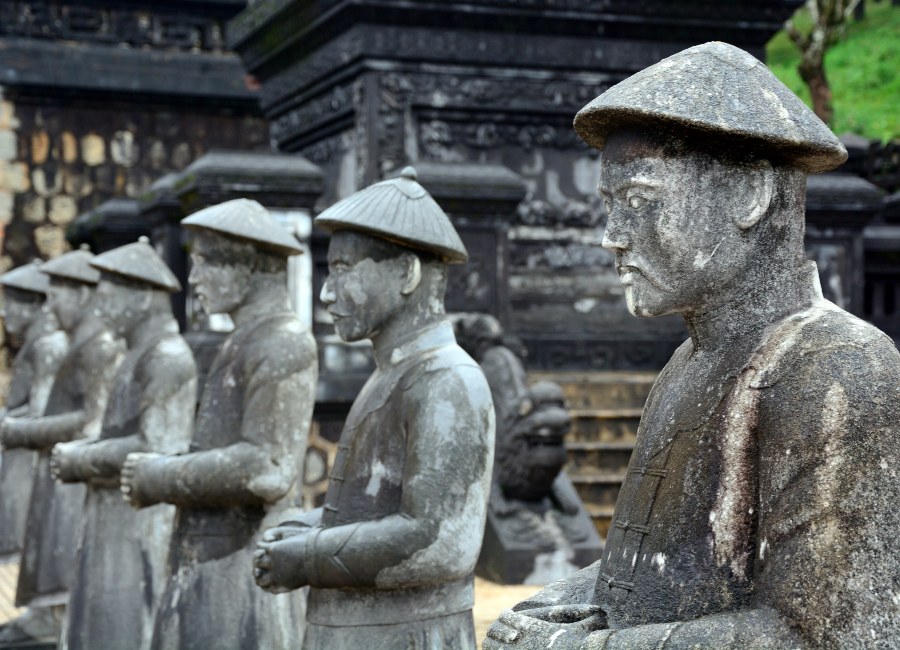 Set along the banks of the Perfume River in Central Vietnam, Hue is one of the country’s most historic towns, , and former home of the Nguyen Dynasty from 1802 to 1945. Although Hue suffered heavy bombing during the ‘American War’, most of its cultural treasures thankfully still stand, and it remains a pleasant, laidback city with an easy-to-explore center and enticing riverside night market. It blends old and new with chic modern hotels soaring over crumbling 19th-century citadel wells, with majestic palaces, temples and gates. There’s also an active Buddhist monastery, built in 1601, and just outside the city are a number of Nguyen Emperor tombs, including Minh Mang Tomb, the final resting place of one of the Nguyen Dynasty’s staunchest Confucians. 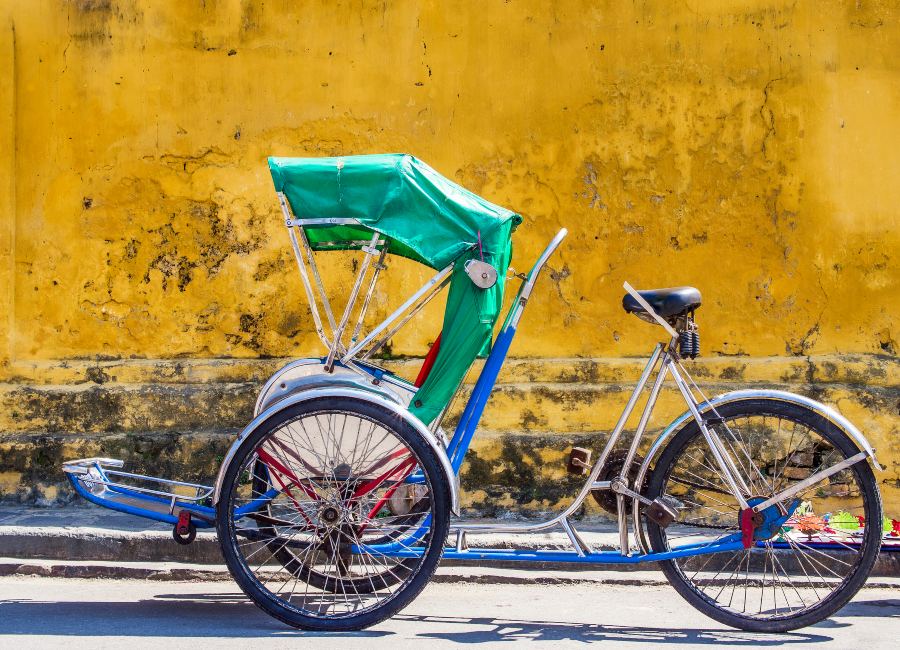 Hoi An is an exceptionally well-preserved example of a South-East Asian trading port. It was most active between the 15th and 19th centuries, with much of the infrastructure dating back to the time still standing. The whole town is now listed as an UNESCO World Heritage site. No motorised vehicles are allowed in its historic centre, allowing you to stroll the cobbled streets at leisure, dipping in and out of charming shops and attractive cafes. Hoi An is especially famous for its tailors: if you have a couple of nights here we recommend visiting one of our recommended outlets (ask your specialist for details) on your first night to be measured up, and you’ll then be able to pick up your expertly-crafted but keenly-priced new clobber before you leave. 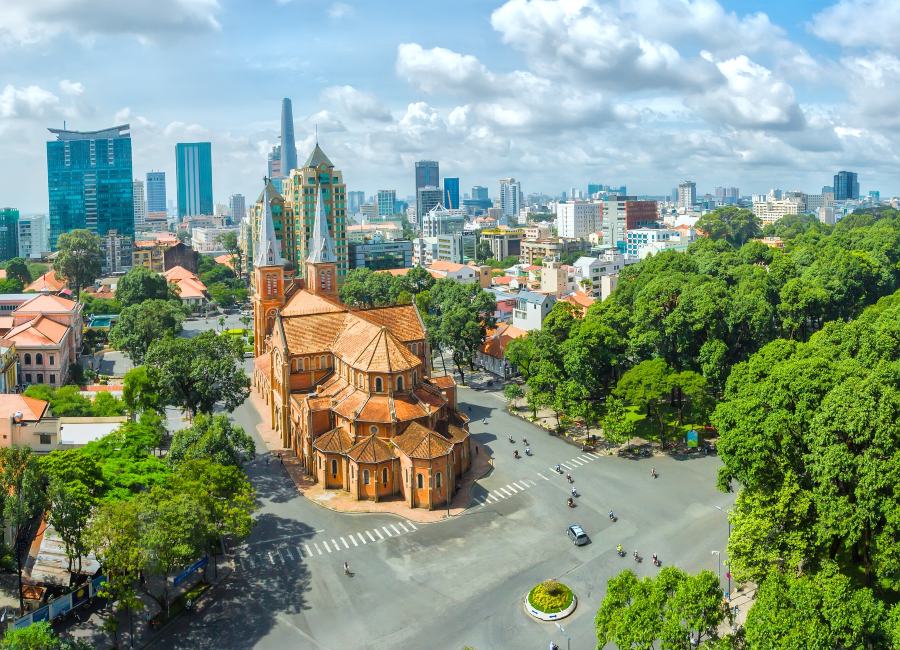 Ho Chi Minh City is among Asia’s most dynamic and enthralling cities. Older travellers will know it by former name Saigon – it was renamed Ho Chi Minh City in 1976, although you’ll find many locals still use the former name. Today’s HCMC is a dynamic metropolis of skyscrapers and shopping malls, juxtaposed with sprawling traditional markets and ancient temples. The former colonial centre is especially charming, with French institutions such as the Opera House, Post Office, and Cathedral still standing in all their gothic splendour. Shopping enthusiasts will find practically an endless number of options, while foodies will delight in sampling an endless array of outstanding food outlets – both out on the street or in high-end refinement. HCMC has seen all sorts of comings and goings over the years and as you’d expect it’s a treasure trove for history lovers, with impressive collections of artefacts at the HCMC Museum, and sobering exhibits on the ‘American War’ in the War Remnants Museum.

Cover off all of Vietnam on our Complete Vietnam example itinerary 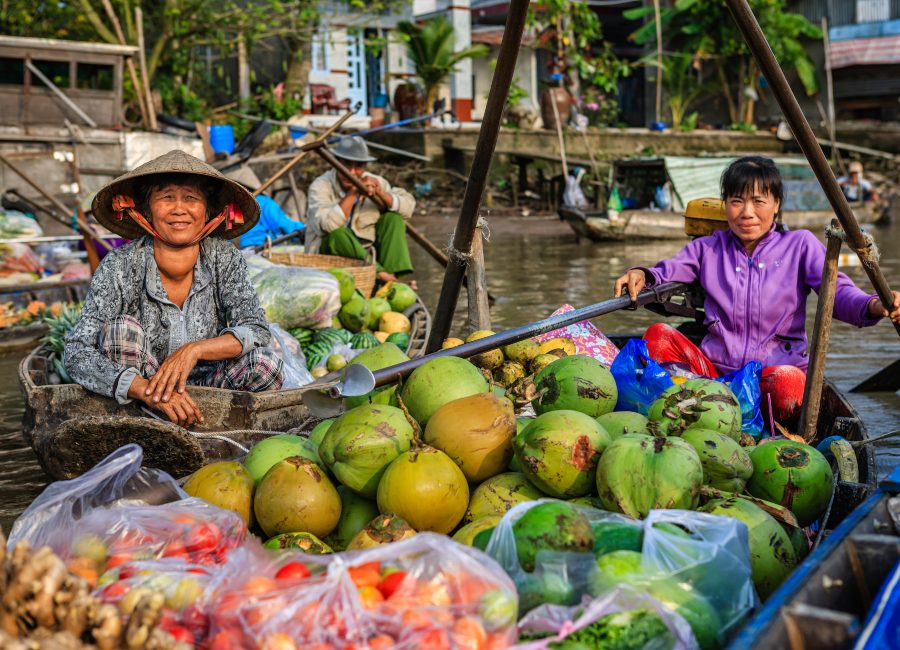 Starting around an hour south of Ho Chi Minh City, and sprawling all the way to the southernmost reaches of Vietnam and up to its border with Cambodia, the Mekong Delta is a sultry patchwork of busy waterways and picturesque canals, busy waterside market towns and tiny rural hamlets, and gorgeous tropical scenery. The largest towns – Can Tho, My Tho, Ben Tre, Chau Doc – have a few excellent hotel choices, but the spending time on the water itself is best way to discover this fascinating and scenically stunning region. River cruises have become increasingly popular, rightly so, with several well-stablished operators offering an enticing mix of immersive experience and high service. Crucially however the Mekong Delta is yet to succumb to over-tourism; your experiences here still feel authentic, untouched, and truly exotic. 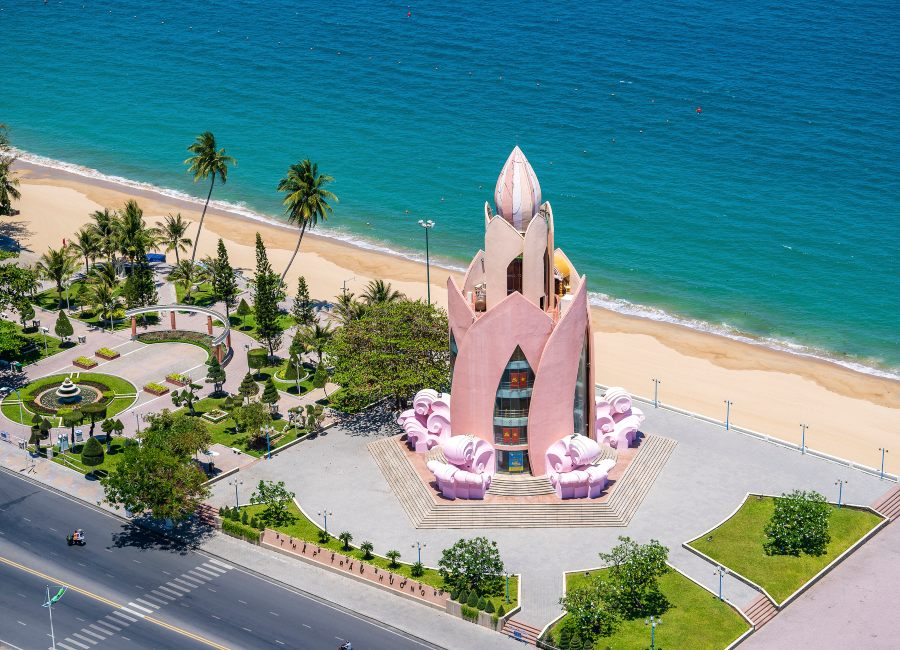 A coastal resort town, Nha Trang offers an idyllic beach escape with a laid-back atmosphere perfect for end of trip r&r. The “Golden Coast” of Vietnam is famous for snorkelling and diving, and also offers the full range of water-based activities – jet-skiing, water-skiing, wakeboarding, kitesurfing, and parasailing. On land, you can explore waterfalls, cycle, hike or possibly even arrange a round of golf. As the seafood is excellent here, be sure to sample some of it in one of the excellent restaurants nearby. Nha Trang is also well known for an abundance of health and wellness experiences. You may be able to take advantage of your hotel’s spa or head to another spa for a blissful mud bath, massage therapies, facial and body treatments. 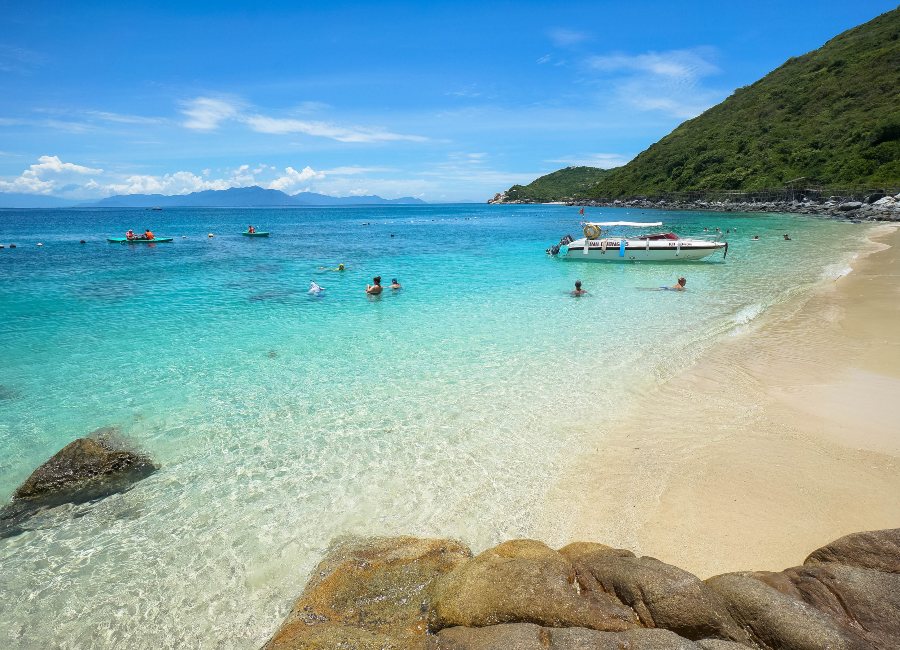 A large island, much of which is still undeveloped coast or jungle, Phu Quoc offers a peaceful beach escape just an hours’ flight across from Ho Chi Minh City. Your time here is spent enjoying the white sandy beaches and soaking in the tropical ambiance: it’s the kind of destination where you can enjoy doing nothing but relax and gaze out at the scenery. However if you’re keen to get out and explore there’s plenty of dense jungly interior to get stuck into, or spend the day swimming in seductive clear blue waters, dive the reefs, embark on a kayaking excursion, feast on fresh-caught seafood and hire a motorbike to explore the backroads. Guided tours can be arranged to visit pepper farms and factories that process anchovies for Vietnam’s famous fish sauce.