Our guide on the best things to do in Cambodia

Cambodia is a real traveller’s destination. It rewards the adventurous and the curious, with much to explore both on- and off-the-beaten-path. Should you extend your stay beyond Siem Reap and treat the country as a whole – which we heartily recommend – you’ll find enticing scenery and exhilarating activity at every turn.

Cambodia’s core sightseeing is mightily impressive. It’s hard to describe the sheer breath-taking majesty of the Angkor temples, both in its most famous ruins – Angkor Wat, Angkor Thom, Ta Prohm – but even more so in the lesser visited minor temples, which you’ll often find yourself exploring in splendid isolation. Siem Reap, and also capital Phnom Penh, also boast excellent galleries and museums, plus a wealth of historical sites where you’ll learn about Cambodia’s many influences down the years: Indian, Angkorian, Khmer, French, and American to name a few.

Longer tours of Cambodia which explore the country in depth will pay you back in spades. The steamy jungles of southern Cambodia are ripe for exhilarating nature tours; the scorched red earth of the east offers forest treks and tribal encounters; coastal destinations serve up snorkelling, diving, and delectable fresh seafood.

Our specialists are a wealth of knowledge and always keen to offer the more unusual and intriguing option: ask us about the motogirls tours in Phnom Penh, kayaking in Tatai, or birdwatching on Lake Tonle Sap and prepare to see your itinerary jump off the page!

We offer a broad range of tours and activities across Cambodia, catering to all tastes and interests. We’ve picked our just a few of our favourites below. This is just the tip of the iceberg though: let us know what excites you most about Cambodia, and we’ll map out the perfect itinerary. 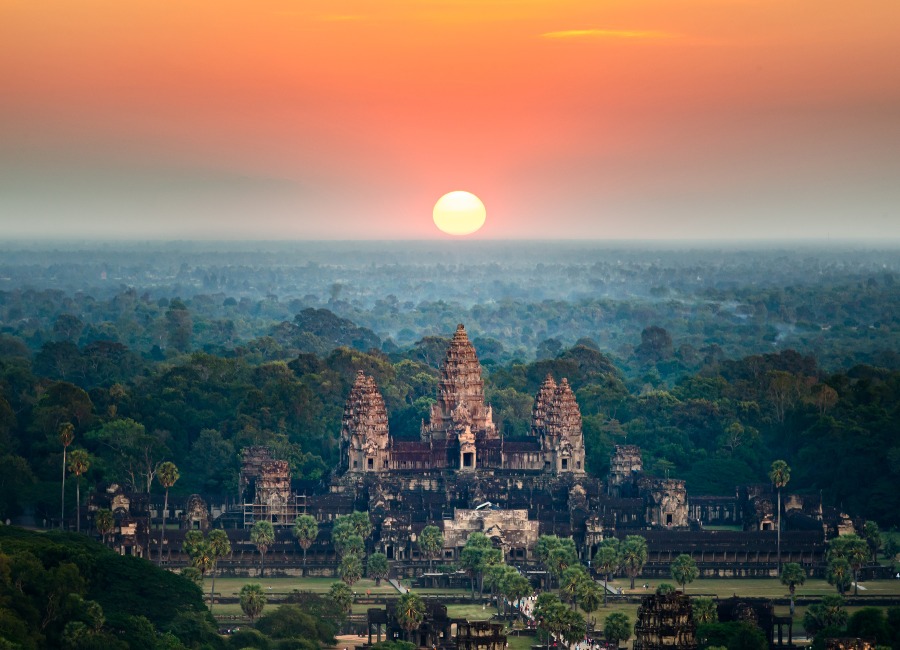 The best time to take in the ‘mother of all temples’ is at sunrise. Positioning yourself in front of the temple entrance, across the reflective bathing pool, observe an ever-changing backdrop of pinks, oranges, and reds play out behind the temple spires. Angkor Wat can be busy at any time of day and is especially popular with photographers at this time of day, but our expert guides will ensure you achieve avoid the crowds and achieve the best angles for your iconic sunrise shot. 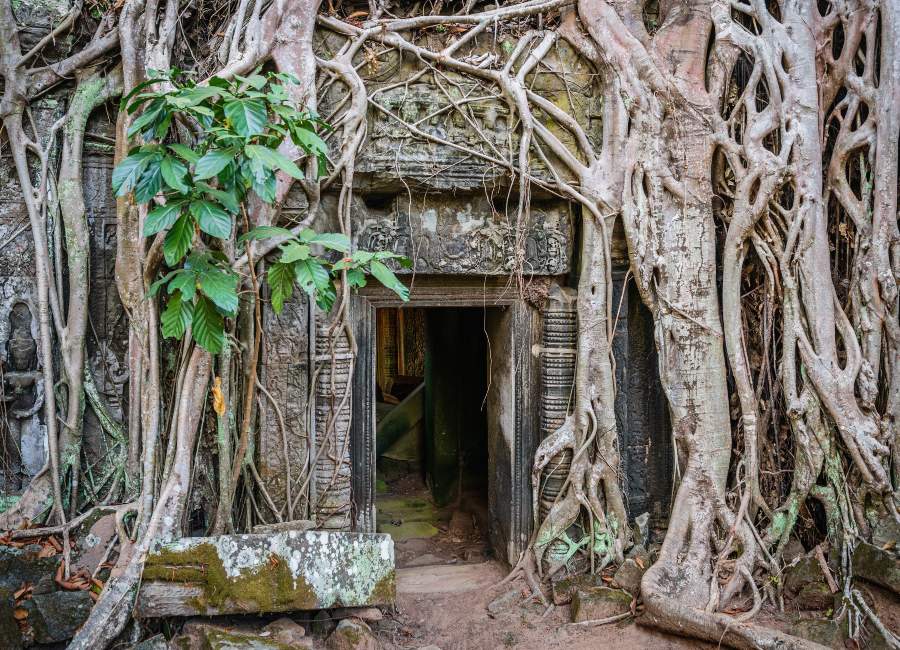 There’s more to Siem Reap than Angkor Wat. The Angkor Archaeological Park alone covers around 160 hectares, encompassing prominent sites Angkor Thom, the Bayon, and the legendary jungle temple Ta Prohm. There are many lesser temples to explore however, most of which see little to no visitors. A combination of dramatic pyramid Ta Keo, forested Ta Nei, and expansive Srah Srang reservoir are a particular favourite – especially first thing in the morning. Ask us about visits further afield too: Koh Ker, Beng Mealea, Preah Vihear, Phnom Kulen are all worthy day trips out of Siem Reap to discover dramatic, secluded, and rarely-visited ruins. 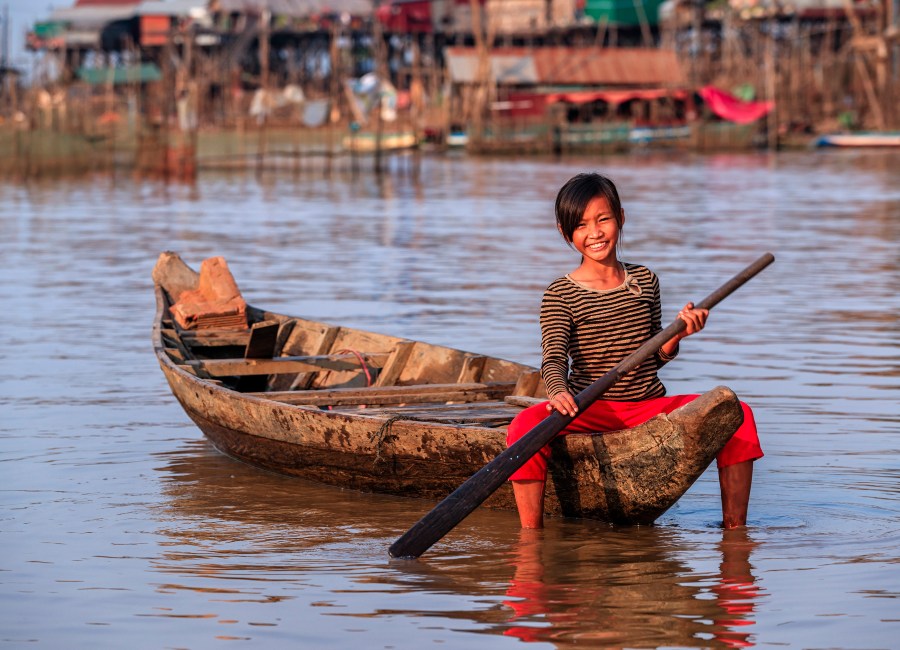 Marvel at the floating villages of Lake Tonle Sap

Cambodia’s great lake – Tonle Sap – is the largest freshwater lake in southeast Asia, the most expansive and fertile fishing ground in the world, and a Cambodian national treasure. A privately guided boat tour will introduce you to the communities that live around the margins of the lake, who adapt to the continual variation in water levels by building their homes on floating stilts, some of which are up 20m high. A full day tour of the lake can also take in the Prek Toal bird sanctuary, home to 100 species of bird make their life here, around 15 of which are endangered, and as you pass through you should keep a keen eye out for ibis, milky stork, painted stork, Oriental darter, and spot-billed pelican. 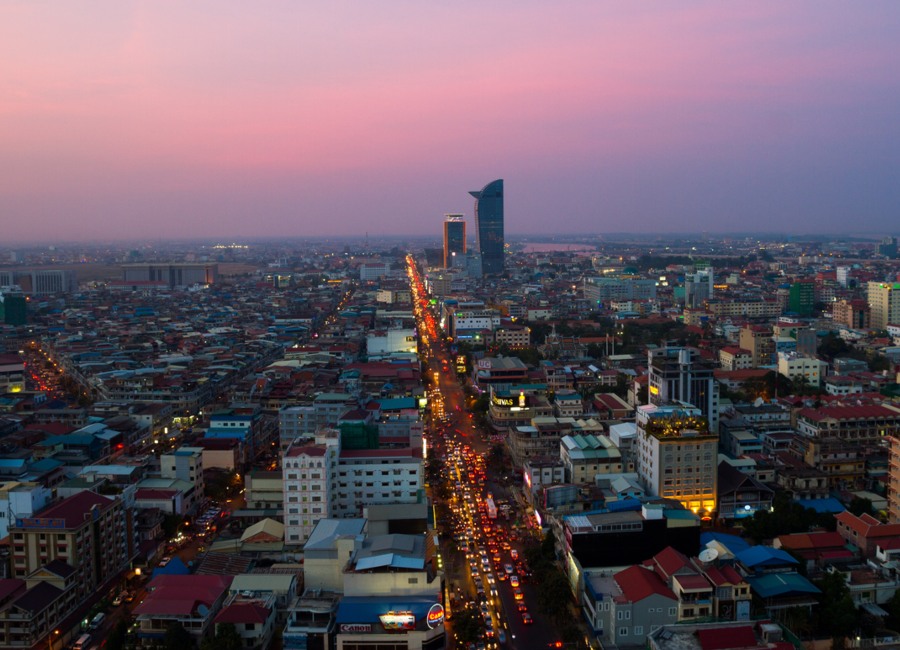 Phnom Penh is one of Asia’s most dynamic and vibrant capitals, and it certainly has a food scene to match. We can arrange an evening dining tour showing the best that the city has to offer. Start a rooftop bar for a sundowner accompanied by epic views. You’ll then be whisked away by ‘remork’ (as tuk-tuks are known in Cambodia) to a hidden back alley restaurant, where you’ll whet your appetite on local Cambodian-style tapas. Next stop is main course at another fantastic hidden gem, well known by locals and expatriates but far from the tourist trail, where you will feast on Cambodian barbeque and locally-brewed beer. End the evening with coffee and desert in the heart of Phnom Penh’s lively riverfront nightlife area. From here you can either be taken back to the hotel for a well-earned rest, or – armed with suggestions from your guide – continue the night independently.

The Cambodian capital has quite the backstory, and one of the best ways to absorb the city is through its architecture, which acts as a lens through which to observe its many comings and goings down the years. n the company of a local architectural enthusiast you’ll travel by cyclo (pedal rickshaw), weaving through the busy city streets, taking in Chinese-style shophouses in older residential areas, French colonial buildings from the late 19th and early 20th century, and several examples of the famed ‘New Khmer Architecture’ of the 1950s and 1960s. The tour culminates at the Central Market, an astonishing Art Deco landmark, which impresses both as a design classic and as a hive of commercial activity, housing hundreds of stalls selling clothing, souvenirs, electronic goods, jewellery, flowers, and an extensive produce and street food section. 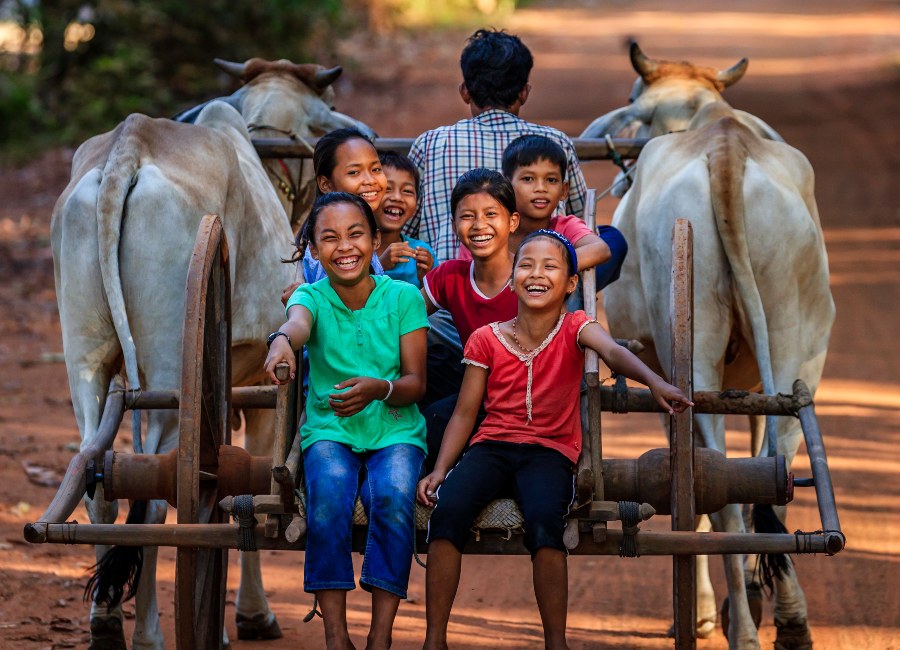 Indulge your sense of adventure with an invigorating and entirely authentic cycling tour of the Cambodian countryside around Battambang. On this thoughtfully-curated tour you’ll experience the experience, ingenuity, and natural beauty that is rural Cambodia. In the company of an experienced local guide you’ll bike along mostly flat paths which are shading by banana palms and orchards, stopping occasionally to visit local families where you’ll learn about traditional methods of agriculture and food production. These tours can be adapted to either a half-day or more challenging and adventurous full-day, dependent on your interest. 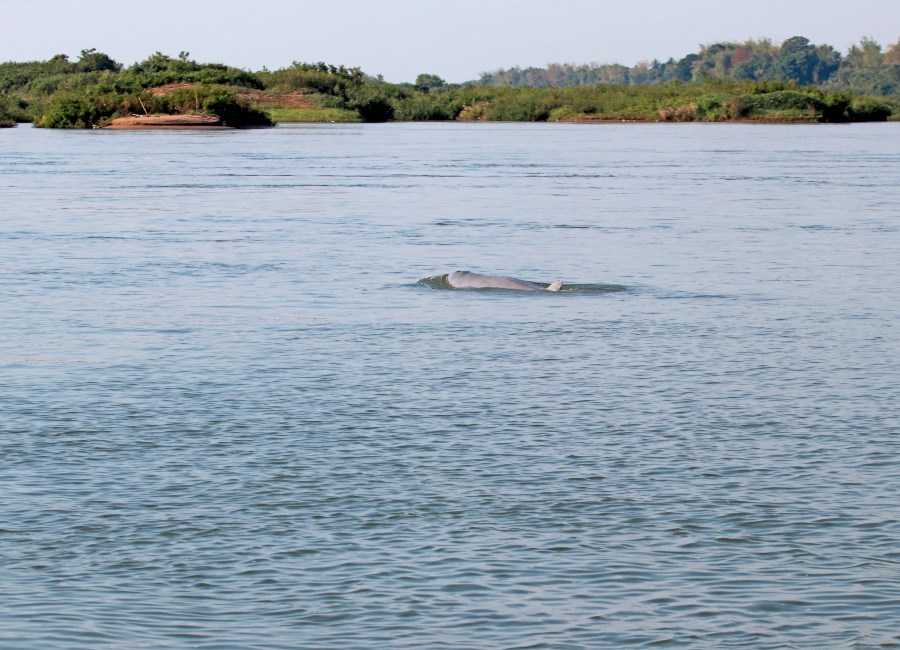 Kayak with river dolphins in Kratie

Irrawaddy Dolphins are found in two of Asia’s great rivers: the Irrawaddy (as the name suggests) in upper Myanmar, and also here in the Mekong as it passes through northern Cambodia. Starting from a base in Kratie, a rural city around 5 hours north of Phnom Penh, you’ll join a private local guide to paddle out into the river and spot these curious creatures. Along the way your guide will take you through a sunken forest, around numerous sandy islets, and down a patch of minor rapids. Finish up in time to see the sun set over the placid river in this rugged, isolated corner of northern Cambodia. 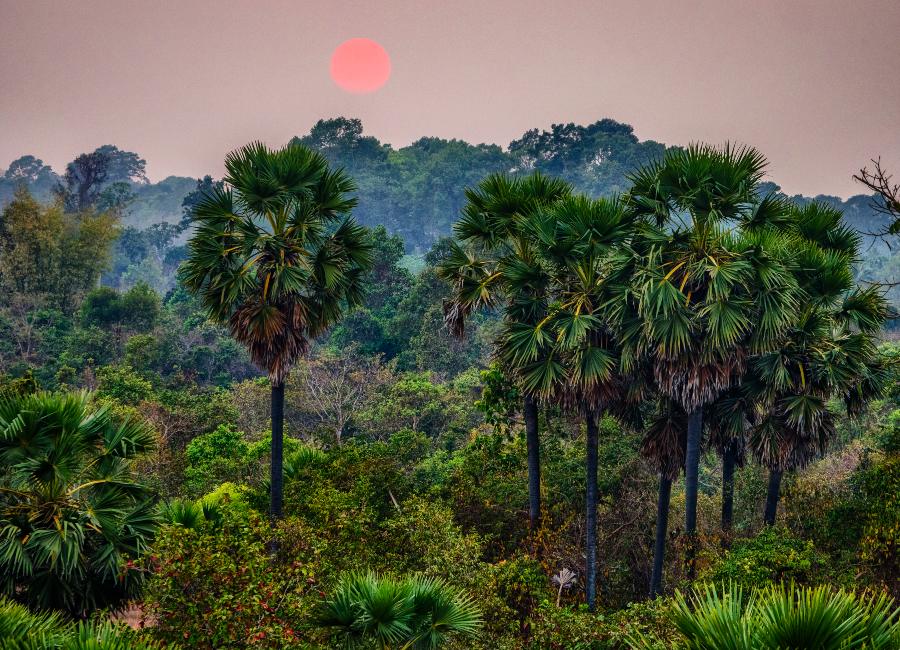 Cambodia’s south becomes progressively more tropical as you head towards the coast. In the far southwest of the country you’ll find the flooded mangroves of Tatai, the rugged and isolated Cardamom mountains, and the jungly interior Bokor and Kirirom National Parks. Each of these locations has much adventure on offer, and – enticingly – excellent jungle lodge accommodation from which to base your exploration. If you’re keen to get out into wild Cambodia, getting up close with it’s beautiful nature and endangered wildlife, talk to our specialists on how one or more of these locations can be added in to your tour.