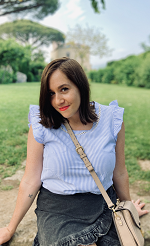 This journey of a lifetime will uncover the delights of two of Italy’s most historic destinations. Starting in Rome, you’ll tour the Vatican Museums and step inside the Sistine Chapel to see Michelangelo’s stunning work, visit the iconic Roman Colosseum and Forum, and learn to prepare traditional Italian pasta dishes in a cooking class. A short flight will bring you to the island of Sicily where you’ll pick up a rental car to enjoy a number of scenic drives, spending time in Palermo, Cefalu, and Syracuse, as well as ascending Mount Etna before making your return to the Eternal City. 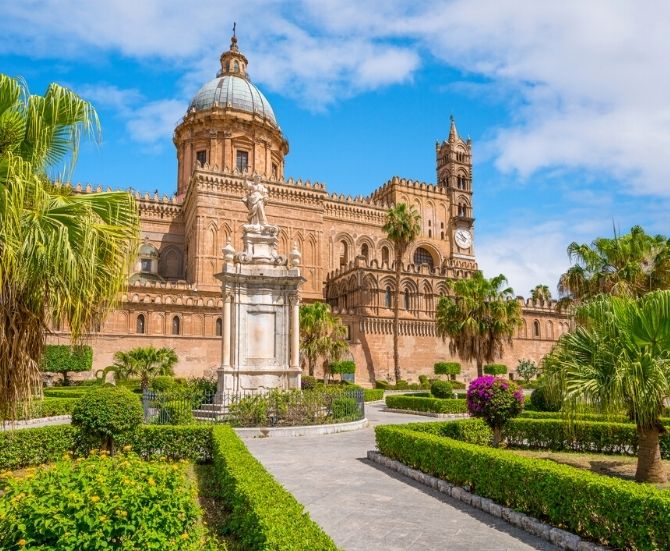 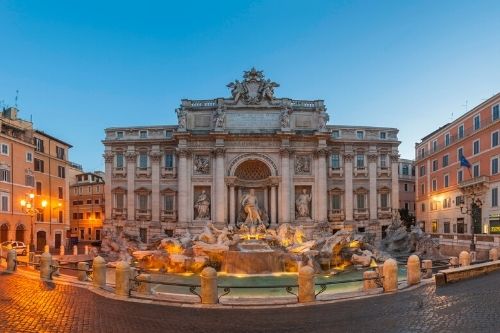 After landing at one of the two international airports in Rome, you’ll be met by your private driver for transfer to your hotel in the center of the Eternal City, established nearly 3,000 years ago. After getting settled in, get a taste of what it has to offer. You’ll be doing plenty of sightseeing here over the next few days so you might want to take it at a leisurely place, perhaps exploring the Mercato dei Fiori for an authentic market experience and the chance to pick up some souvenirs. Afterwards, unwind at one of the many cafes that surround it. 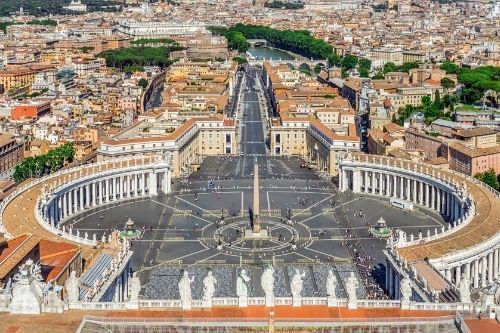 An exciting day of sightseeing is on the agenda today, starting in Vatican City by visiting its fantastic museums like the Gallery of Geographical Maps,Gallery of the Candelabra, Gallery of Tapestries and the Pio Clementio Museum. One of the highlights is a visit to the magnificent Sistine Chapel with its ceiling painted by Michelangelo in the early 16th-century a cornerstone work of High Renaissance art. You’ll visit St. Peter’s Basilica and the Raphael Rooms, all while learning the lesser-known stories behind all the masterpieces. A tour of Rome’s top landmarks follows, including Trevi Fountain and Palazzo di Montecitorio, finishing at Piazza Navona. 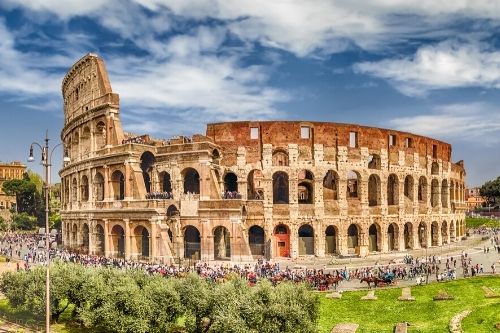 This morning you’ll embark on a private walking tour of the Roman Colosseum led by an archaeologist. You’ll explore main complex, the Imperial Forums and the rings – at the third ring you’ll have a fantastic view of the arena. Continue your walk to the nearby Roman Forum and along the ancient Roman street known as Via Sacra to marvel at the temples of Faustina, Antonio and Vesta. Your knowledgeable guide will tell you all about the Roman Empire along the way. Take time to yourself before learning how to make some traditional Roman pasta dishes this afternoon, indulging in the meal afterwards with wine. 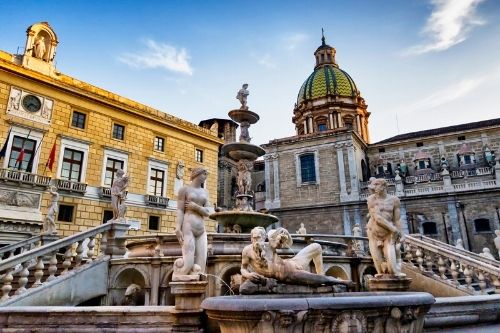 Take private transfer to the airport for a one-hour flight from Rome to Palermo, Sicily’s capital. Upon arrival, pick up a rental car to drive to your hotel in the center of Palermo. After you’ve settled in, embark on a self-guided tour of the impressive mix of architecture from the Roman, Byzantine, Arab and Norman eras, all of which have significantly influenced the culture and food here. Start in the history center with the medieval streets pedestrian friendly and many attractions within walking distance. You might want to stroll Via Maqueda, a pedestrianised thoroughfare that links the north of the city to the south. 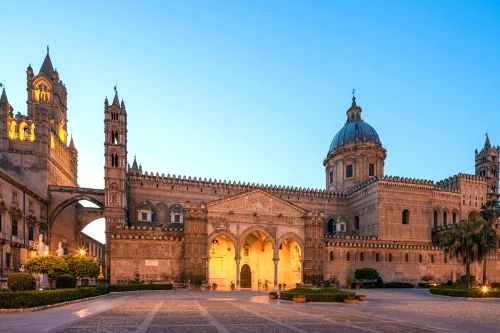 A private half-day tour of the highlights in Palermo is on your itinerary this morning. You guide will point out architectural treasures like the Palermo Cathedral which dates back to the 12th-century, Palazzo Real, Marina Square and Quattro Cani. You’ll have time to yourself to enjoy light bites or lunch at Capro Market too. The rest of the day will be spent at your leisure, but we suggest the short drive to Monreale. It’s well-worth exploring, home to one of the best examples of Norman architecture in the world, the Monreale Cathedral, a 12th-century UNESCO Heritage Site and the Belvedere public garden. 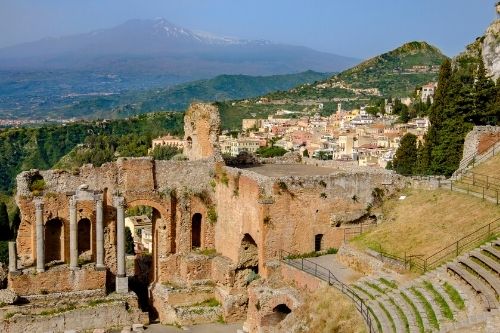 Drive to your next destination, Taormina, about three hours east of Palermo. Stop in historic Cefalu for a self-guided tour first. The 16th-century Lavatoio Medievale is at its center, utilizing the River Cefalino for its running water. Be sure to visit Bastione di Capo Marchiafava, a 17th-century defensive fortress right along the coast – head to the top for a spectacular view. Nearby by is the Cefalu Cathedral, built between 1131 and 1240 in the Norman architectural style. If you have time, climb the steep staircase that meanders through the city walls, emerging onto a rocky outcrop that boasts a spectacular sea and city view. 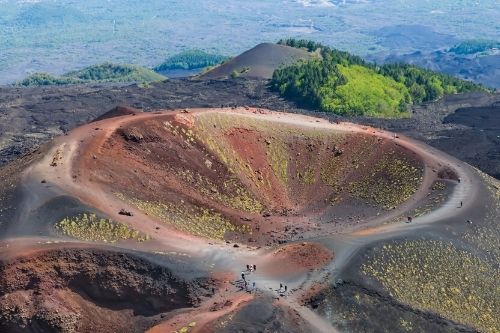 Explore Taormina on a self-guided tour this morning. If you walk across the spit to the small island of Isola Bola you’ll find a 17th-century palace with picturesque gardens, and a charming fishing village. The shoreline is dotted with sea grottos and a rocky beach popular for sunbathing. Or,  head to Taormina Mare to enjoy the public beaches. This afternoon you’ll take a guided hike of Mount Etna, riding a cable car to the last lookout point at 9,500 feet above sea level. From there you’ll see solidified lava flows, smoke fumaroles and a stunning panoramic view that includes the glistening blue of the Mediterranean Sea. 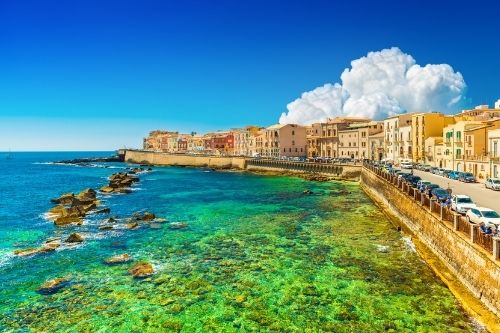 Continuing to your next destination, Syracuse, starting with a scenic drive along the coast to Noto a picture-perfect city filled with baroque architecture. Spend a couple of hours exploring, wandering the Corso Vittorio Emanuel and walking beneath the Royal Gate where you’ll see magnificent buildings around every turn, including the Chiesa di Santa Chiara and 18th-century limestone Noto Cathedral. Afterwards continue to your hotel in Syracuse, located on Ortygia Island. Enjoy the walkable Old City with many gems to be discovered along the narrow alleyways, including baroque palaces and churches. Don’t forget your camera with lots of great photo-ops to be found throughout.

Today you’ll make your way back to Rome, stopping to visit the ancient port city of Catania which sits at the foot of Mount Etna, provided you have time before your flight. Catania is a 15- to 20-minute drive from the airport and you’ll want to be there about two hours before your scheduled to fly out, in addition to including time to return your rental car. After landing in Rome, you’ll be met by private transfer for the ride to your accommodation. Afterwards, you might enjoy “aperitivo,” the Italian happy hour, while reliving the memories of your trip. 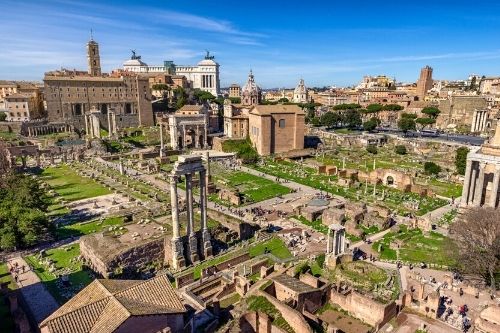 Your tour comes to an end this morning. Enjoy breakfast to fuel up for your journey and then you’ll take private transfer back to the airport to catch your return flight home or to continue your travels elsewhere. The options are practically endless if you aren’t ready to head back just yet – contact our travel experts and they’ll be happy to help you make it happen.