Machu Picchu - one of the world’s most spectacular archaeological sites

Machu Picchu - one of the world’s most spectacular archaeological sites

One of the world’s most diverse countries, Peru offers everything from sun-soaked beaches and jungle terrain to the highest mountains in the Andes, some of which have peaks that rise more than 16,500 feet above sea level. It covers some 500,000 square miles of territory and offers a wide range of things to see and do, including outdoor adventures like ziplining and paragliding, along with plenty of relaxing pursuits. In between adventures, sip Pisco Sours in the local bars and dine on fresh ceviche.

The No. 1 experience here is on the bucket lists of many travelers: a visit to Machu Picchu, the remnants of the largest pre-Columbian ruins in the Americas.

What You Need to Know About Machu Picchu, Peru’s Bucket List Destination

The crown jewel of the Sacred Valley, Machu Picchu, or ancient mountain in the Quechua language, was believed to have been unknown to those who lived outside of the immediate area Hiram Bingham happened upon it in 1911, subsequently publishing Across South America in 1913, putting it on the world’s stage. As it had been hidden for so many years, much of the Incan architecture remained impeccably preserved. Despite all the tourist traffic in recent years, earthquakes, and heavy rains, it’s somehow managed to stand the test of time. What makes it even more remarkable was that Cusco and Lima have been leveled by quakes and Machu Picchu was built on top of two fault lines. 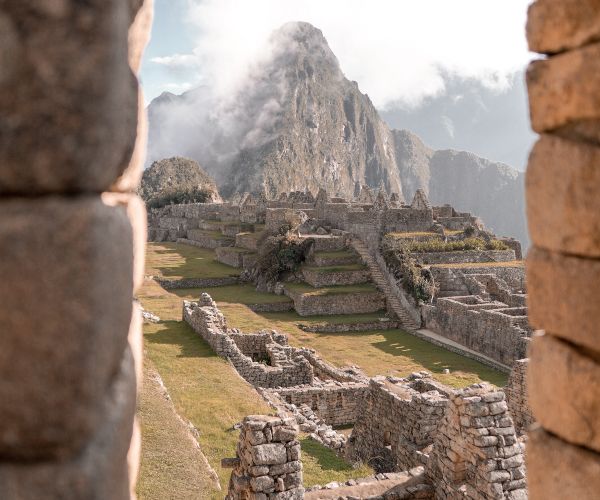 The Incan citadel sits at 8,000 feet, high in the Andes, nestled in the rocky countryside above the Urubamba River Valley. Built in the 15th-century, it took decades to complete and is believed to have served as either a retreat or permanent residence for Incan royalty, providing the perfect hiding place from potential invaders. Despite its ideal remote location for escaping the Spanish who took over the country in the 16th century, it was abandoned for safer ground. The Incan civilization was virtually wiped out by the intruders and Machu Picchu fell into disrepair. It wasn’t until Bingham stumbled upon it hundreds of years later that its existence became known to the outside world, or so we’ve been told.

One of the world’s most captivating “lost cities,” it may not have been lost after all, more recent research has revealed. Apparently when Bingham arrived there were several families of farmers living here. What we do know is that it’s made up of sophisticated dry-stone walls which fuse vast blocks without using mortar. There are thousands of steps leading up to the large stone citadel which includes an elaborate irrigation system, sacrificial and ritualistic areas, and plazas. It had living quarters for the Inca elite as well as their servants, guardsmen, and more, while incorporating every one of the core elements of the ancient culture: a harmonious society, astronomy, agriculture, and spirituality. 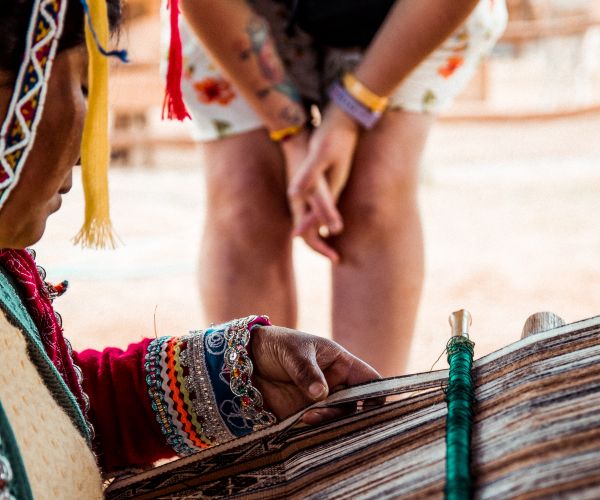 The stunning natural setting the ruins enjoy may be as important to the site as the buildings. The location and the orientation of key structures were influenced by the nearby holy mountains. Atop the peak of Huayna Picchu is an arrow-shaped stone that seems to point due south, directly through the Intihuatana Stone to Mount Salkantay which is a revered apus in Incan cosmology. The sun can be seen rising or setting behind other significant peaks on important days of the Incan calendar.

Machu Picchu is now listed as one of the New Seven Wonders of the World and a UNESCO World Heritage Site, but to Peruvians, its meaning involves much of their cultural identity as a symbol of strength, creativity, and resourcefulness. As it draws so many tourists it also helps the country’s economy while providing new opportunities for Peruvians and a brighter future.

Where to go in Peru 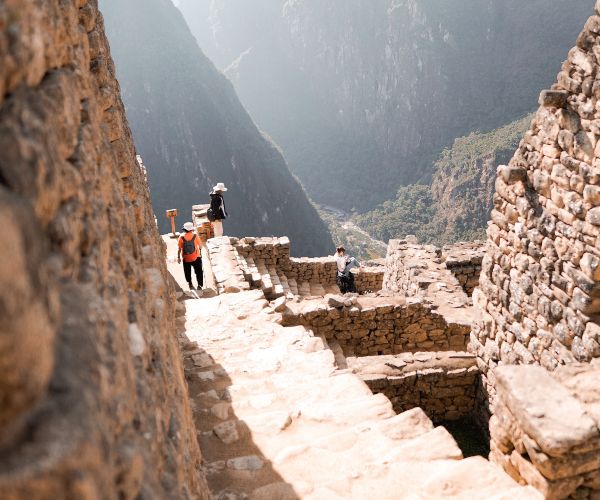 To witness the marvel of the great Inca Ruins is an amazing experience that can’t really be put into words, but what’s the best way to visit?

The most well-known way to access Machu Picchu is via a trek on the Inca Trail. A four-day journey, the footpaths wind through the Andean cloud forest with expert local guides to help you along the way. You’ll get insight into the history and legends behind the trail while learning about the ancient beliefs of the indigenous Quechua people. It’s more moderate in difficulty, with the highest altitude at 13,828 feet. You will have to book well in advance due to its popularity. 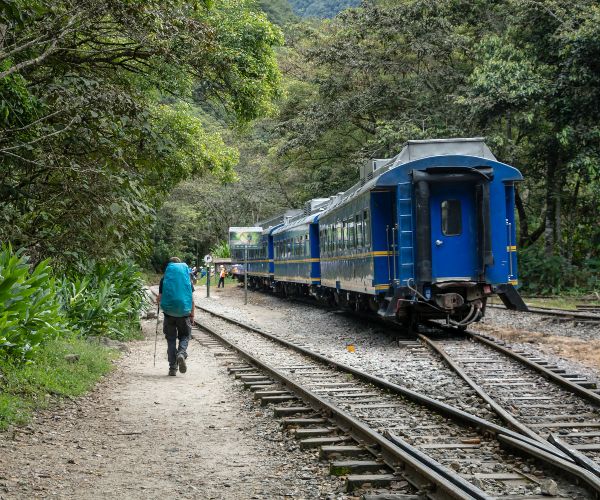 Another option is the Salkantay Trek. It’s strenuous but there will be few others out there with you on the trail. There are no permits required although you’ll need to be a fit and experienced hiker, especially for the climb that ascends a 15,000-foot-high mountain pass.

If you want to experience the ancient city in style and comfort, hitch a ride on the Hiram Bingham train. South America’s greatest train ride, the 1920s Pullman carriages are elegant with rich upholstery, polished brass, plush seating, and fine tableware. It’s a full-day, round-trip journey through the misty mountains and along the Urubamba River before reaching the “lost city.”

When to visit Peru 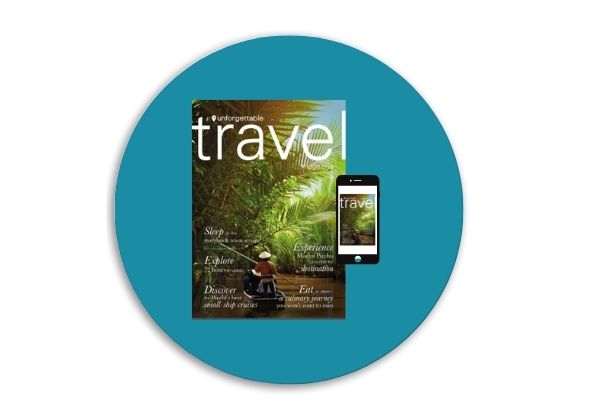 This article was first published in issue six of the Unforgettable Travel Magazine.