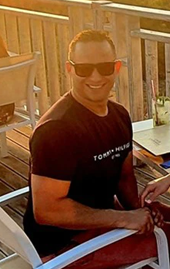 This tantalising journey divides your time between three of the most intriguing cities in Poland, Krakow, Warsaw, and Gdansk. Starting in Krakow, you’ll get to know the city and its Royal Castle on a private tour, and visit Auschwitz, the Nazi’s largest concentration camp. Travel to Warsaw and embark on a classic private tour of the city before taking a day trip to Majdanek, the most well-preserved Nazi concentration camp, and picturesque Lublin. Finishing in Gdansk, you’ll explore many well-known landmarks like the city’s 17th-century symbol, the Fountain of Neptune, and enjoy a private tour of Malbork Castle. After touching down in Krakow’s airport, you’ll be met by your private driver for transfer to your accommodation in the city. After checking in, get a feel for the city by doing some leisurely exploring. If you’re near the main square, we suggest a visit to Cloth Hall where you can get reenergized with a cup up coffee and a view. The Kraków Cloth Hall, the central feature of the main market square in Old Town, dates to the Renaissance and is one of the city’s most recognisable icons. You can also find handicrafts and beautiful Polish paintings here. Join a local guide for a private tour of Krakow, starting at the Jewish District of Kazimierz. Along the way your guide will provide you with insight behind what you’re seeing to provide a better feel for the city. A short walk up Wawel Hill will bring you to a 14th century cathedral and the Royal Castle. You’ll visit Collegium Maius and then continue to the main market square where you can shop for souvenirs in the Cloth Hall. Your tour concludes at St. Mary’s Church. If you need tips about what to see on your own, your guide can make suggestions. A tour of the Auschwitz-Birkenau concentration camp will reveal some of World War II’s worst atrocities at the Nazi’s largest concentration camp and biggest site of genocide. From the spring of 1942 through the fall of 1944, trains brought Jews to its gas chambers from throughout Nazi-occupied Europe – over 1.1 million were killed. Most were Jews, but anyone unlucky enough to catch the eye of the Nazis, including Poles and Hungarians were exterminated too. You’ll visit both parts of the Auschwitz Memorial Museum, in Brzezinka and Oswiecimas, which has been incredibly well preserved, and also watch a documentary on the history of Auschwitz. Today you’ll journey by train for the three-hour ride north to Warsaw. Upon your arrival, take time to get settled in and then do some exploring. We recommend taking a step back in time by visiting the Royal Castle which served as the official residence of the Polish monarchs for centuries. Or, take a stroll on famous Krakowskie Przedmiescie which forms the northern end of Royal Way. Climb to the top of St. Anna’s Church Bell Tower for a breathtaking view of the Old Town and castle. Afterwards, you’ll have many excellent restaurants to choose from for enjoying the delicious Polish cuisine for dinner. An in-depth tour through Warsaw’s most important historical sites will be enjoyed today. You’ll explore its architecture, culture, history and more with a local guide who can fill you in on the stories behind what you’re seeing, including tidbits you probably didn’t know. Visiting everything from the Royal Castle and Old Town to the Tomb of the Unknown Soldier and the magnificent Palace on the Isle, a classicist palace in Royal Baths Park, the city’s largest park. You’ll tour in a communist-era minibus to save time and energy while covering all the highlights in this sprawling city. Your driver/guide will pick you up for a day trip that begins with a visit to Lublin, including a stop at Majdanek Concentration Camp. The most well-preserved Nazi concentration camp, it was one of the most primitive, with prisoners, who were used as a source of free labour, subject to atrocious conditions. After leaving the camp you’ll visit the Old Town in Lublin with its neoclassical castle charming historical buildings. This was once one of the wealthiest cities in Poland as a symbol of higher learning and culture for centuries. Its Old Town managed to survive World War II largely intact. Private transfer will bring you to the train station where you’ll catch a train to Gdansk, following the Baltic coast. This picturesque port city is best known as the location of Solidarity movement. After your arrival you might want to visit the shipyards to learn about where it began, and more about the city’s maritime history before hopping aboard a riverboat excursion, or sip Polish beer by the dockside. By following the steps of the kings along Royal Way, from Green Gate to Golden Gate, which runs through the center of the city, you’ll see many impressive landmarks. A tour through the history of Westerplatte peninsula, which once hosted a Polish military train depot, and the city of Gdansk, will cover everything from the Teutonic Knights to events that occurred during the Second World War. The excursion will bring you to the area’s most well-known sights like lovely Long Street, Mary’s Street, the Golden Gate, St. Mary’s Basilica, the Fountain of Neptune, the 17th-century symbol of the city topped by a bronze statue of the sea god, and the surviving port crane. Afterwards, you might want to shop for amber with Gdansk a center for the world’s amber trade. On your final full day in Poland, you’ll take a private five-hour tour of The Castle of the Teutonic Order in Malbork. You’ll follow an expert guide through the 14th-century Palace of the Grand Master, which was once the resident of who was known as the Grand Master of the Teutonic Order. You’ll visit St. Mary’s Church, the city’s most visible place of worship and the world’s largest brick church, as well as view the temporary and permanent exhibitions at the castle which boasts an expansive collection of flags, armor, and weaponry, along with the huge Amber Museum. Your nine tantalising nights in Poland come to an end this morning. After checking out of your hotel, you’ll be met by private transfer for the ride to the airport where you’ll begin your journey home. If you don’t have to return just yet, contact our travel experts about creating a bespoke addition to your itinerary, perhaps exploring another European country.