The Perfect 3 Days in Kyoto

The Perfect 3 Days in Kyoto

It’s impossible to visit Japan without calling in on Kyoto. With countless temples and shrines, endless heritage sites, gorgeous architecture, and immersive activities it is an absolute must in any tour of Japan.

Planning your visit to Japan’s cultural capital can be overwhelming. Managing your time is key: you’ll never run out of things to see and do – travel geeks will want to plan each day down to the hour and minute!

No matter how long your wider tour, we’d always recommend a stay of 3 or 4 nights in Kyoto, giving yourself the best part of three days to explore the city and surrounds. Below we’ve detailed our perfect 3-day Kyoto itinerary, balancing the best of the city’s heritage attractions, cultural activities, and slices of local life. For more inspiration, make sure to speak to our dedicated Japan specialists! 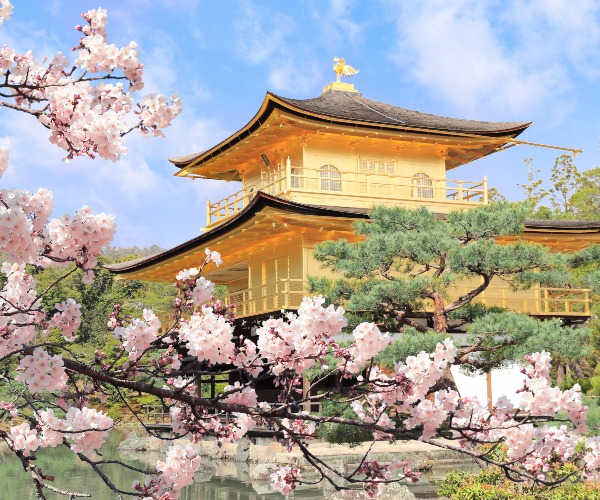 With a staggering 17 UNESCO World Heritage Sites, you’ll need to get up very early in the morning to cover all the major sightseeing spots in Kyoto. Our advice is to not panic: you’ll never cover everything, so be selective and concentrate on the most important on your first day.

Arguably the most famous temple in Kyoto is Kinakuji-ji, better known as the Golden Pavilion for its glittering facade. It’s located in the north of the city, so pairs well with nearby Ryoanji, famed for its striking rock garden. Heading into the city center you can then pay a longer visit to the sprawling Imperial Palace, competing only with the same in Tokyo for size and splendor, and then nearby Nijo Castle, which looks particularly resplendent in the height of cherry blossom season.

Finish the day by heading out to the eastern side of the city. If you have time, you might be able to reach Ginkakuji (or Silver Pavilion) located up the eastern hills. Alternatively, head straight to Higashiyama, a beautifully preserved traditional district with lots of great places to eat, drink, and shop. At the top of Higashiyama is imposing Kiyomizu-dera, with its epic views back across the city – a fine place to round out the day.

Check out our Grand Tour of Japan sample itinerary 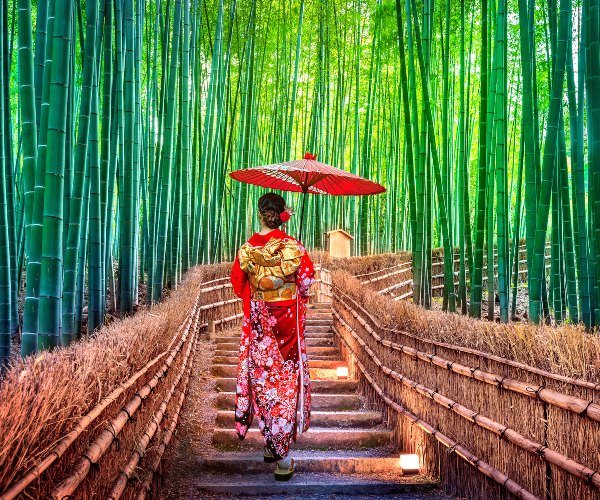 No visit to Kyoto is complete without immersing yourself in the city’s rich culture. Taking in a traditional Japanese tea ceremony is an absolute must; ceremonies can be arranged on a shared or private basis, and can also be combined with other immersion activities such as calligraphy, kimono-wearing, Taiko drumming, or a visit to a samurai swordsmith.

After a morning of cultural activity, take a stroll through Nishiki Market in central Kyoto. With its busy fruit and vegetable stalls and takeaway outlets, you’ll find a slice of contemporary Kyoto life here, and also be able to pick up a keenly-priced bento lunch.

In the afternoon we recommend heading out to the far west of the city for a breathtaking stroll through the Arashiyama bamboo grove, with its towering stalks offering excellent photography opportunities. Just across the Katsura River, Arashiyama can be paired with a visit to Tenryu-ji, one of Kyoto’s greatest but least visiting Zen temples, with possibly the most beautiful gardens in the city. You’ll also find Okochi Sanso Villa nearby, with equally beautiful gardens and cherry trees, and views across to the bamboo forest. 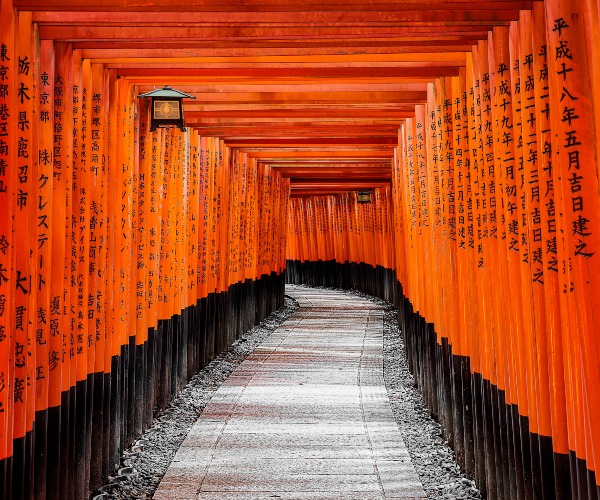 Your third day can serve as an ‘overflow’ day – catching up on any of the above that may have fallen between the cracks. Alternatively, make the most of the day by taking a day trip out of the city. Kyoto’s location in the center of Kansai offers a wide range of trips: nearby cities Nara or Osaka can both be reached in under an hour; Himeji (for its fine castle), Kobe (for its world-famous beef), and Lake Biwa (alluring views and a great cooking class) are all within 2-3 hours.

The most popular day trip is to Nara, where you can take in UNESCO Heritage Todai-ji (thought to be the largest wooden construction in the world) and take a stroll through Nara Park, with its large population of deer. On the way back to Kyoto, take a commuter service to call in at the Fushimi Inari Shrine, on the southern edge of the city. Fushimi Inari’s row-upon-row of vermillion red Torii gates are a truly spectacular site, and great for a lazy afternoon stroll.

For your final evening in Kyoto, we recommend joining a walking tour of the city’s historic Gion district. Your guide will take you through the atmospheric cobblestone streets, lined with historic shophouses and backdoor tea rooms, where – if you’re very lucky – you catch glimpses of geisha hurrying between appointments.

When to visit Japan

Ready to start planning your next trip?

Get in touch with our Japan specialist, Luke, to start planning your luxury Japan safari and adventure today.