Our Guide to National Parks in Tanzania

Tanzania offers everything from idyllic beaches, fascinating cultures and friendly people to stunning landscapes and abundant wildlife. If it’s a safari you’re after, it may be one of the best countries in all of Africa for an adventure into the wild, filled with millions of animals. While the national parks are the best destinations to visit for viewing them, they offer a wide range of experiences, which means your most difficult decisions is which to explore. While the most popular are Ngorongoro and Serengeti, the lesser-known parks can provide an equal or even better time.

This guide will help you make the best decision for your unforgettable trip to Tanzania. 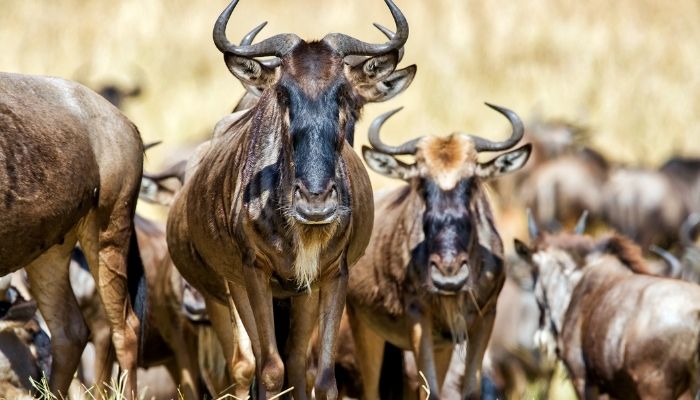 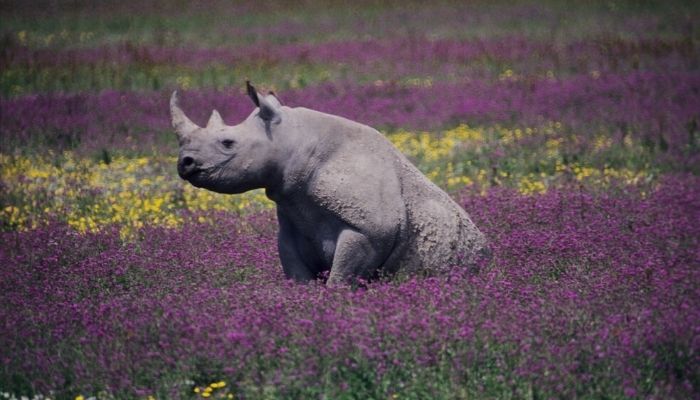 Serengeti is renowned around the world for the Great Migration, a place that’s on countless travellers’ bucket list, bringing the opportunity to witness some two million wildebeest, zebra, gazelle, eland and impala on their over 1,800-mile-long journey. The best time for this experience is in August and September, including river crossings, but year-round you’ll have the chance to spot leopard, elephant, lion and many other creatures. Its sheer diversity makes it one of Africa’s most unique and desirable parks, attracting visitors from across the globe, including Hollywood stars and other celebrities.

The Ngorongoro Conservation Area is centred around Ngorongoro Crater which formed millions of years ago. The massive walls, rising to heights of 1,300 to almost 2,000 feet, helped to protect animals from humans, allowing them to thrive. It’s one of the few places on the continent where you can see all of the Big Five (elephant, lion, leopard, buffalo and rhino) in a single day. The endangered black rhino can be found here, along with spotted hyena, zebra, wildebeest, golden jackal, the bat-eared fox, gazelle and more. 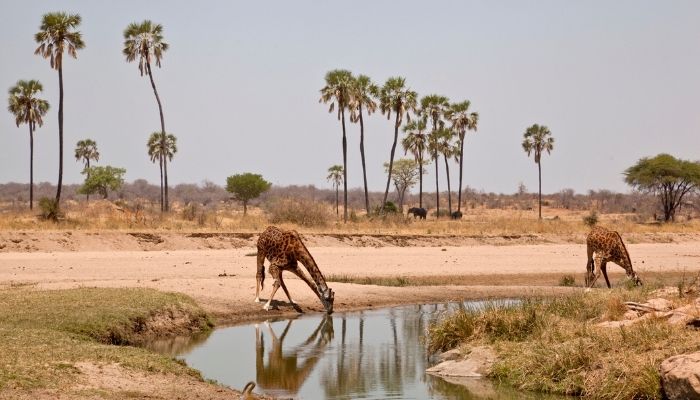 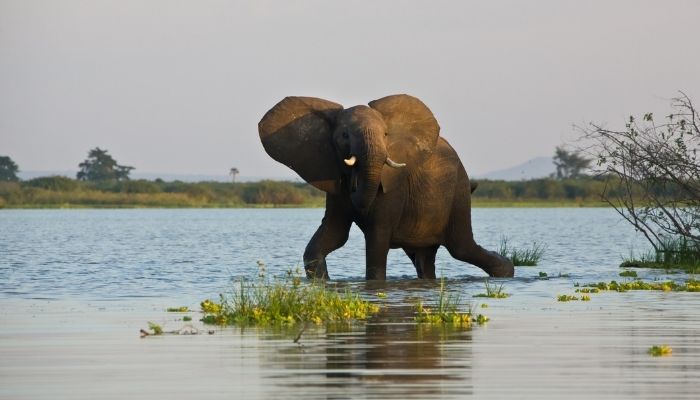 While Ruaha may not be well-known, it’s Africa’s largest national park. Other than rhinos, it’s home to all the major safari animals, and offers a wild, untamed setting with magnificent beauty that includes ancient baobab trees. It’s one of the few places on the planet where wild dog packs can be observed, with exciting wildlife watching for rare species like sable and roan antelope, as well as Grant’s gazelle, buffalo and lions.

Africa’s largest uninhabited area, Selous Game Reserve is known for its vast unspoiled expanses of land and is also one of two places used by elephants for their annual migration. Thousands of the majestic creatures can be seen in this UNESCO World Heritage Site, along with crocodiles, hippos, and more. Visitors can also take boat safaris on the Rufiji River which is teeming with crocs and hippos, while lions are often lying around waiting for animals to come for a drink. The birdlife is impressive too.

Bordered to the west by a dramatic Rift Valley escarpment and dominated by the soda lake for which it’s named during the wet season, while Lake Manyara covers only 130 square miles, it’s one of the most underrated safari destinations in the country. A mini-Serengeti, it hosts nearly a dozen ecosystems and an impressive amount of wildlife. The star of the show are the tree-climbing lions, followed by the hundreds of elephants that are commonly spotted. In fact, it has one of the highest densities of large mammals. You might see Maasai giraffe, one of the largest giraffe subspecies, hippos, zebras, Sykes’ monkeys, buffalos and various antelope species. 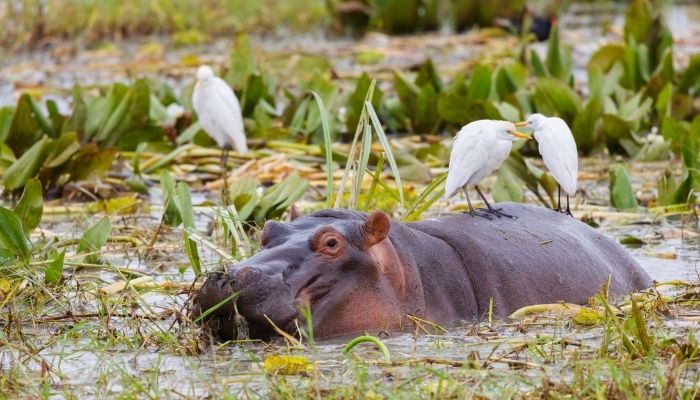 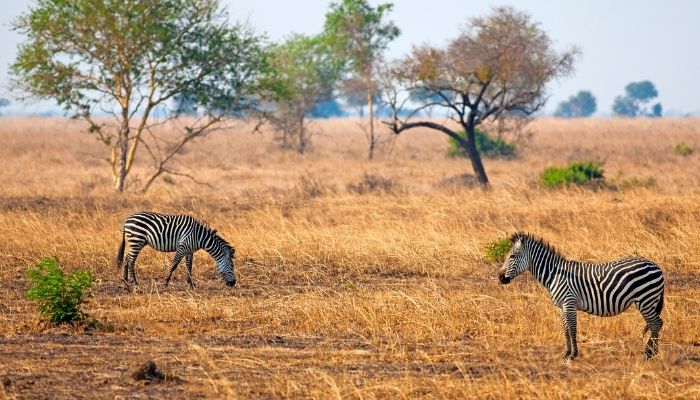 A classic dry season reserve, Tarangire isn’t on the main safari route so battling the crowds is unlikely to happen here. Wildlife is drawn to the Tarangire River, making it easy to spot during peak season. Large populations of impala, wildebeest, giraffe, zebra, eland, warthog and buffalo will all be searching for water now, while hyena and lion follow accordingly. One of the most impressive sights is of the huge elephant herds, with the animals congregating along the riverbanks. The landscapes are spectacular and include baobab trees.

The focus of Mikumi is the Mikata Floodplain, which is frequently compared to the Serengeti with its incredible diversity and concentrate wildlife. You won’t see many human visitors, but you’re likely to spot giraffe, zebra, eland, lion, spotted hyena, jackal leopard, and elephant. At the southern end of the park, yellow baboons often hangout near Kiboga.

Head into the forested slopes of the Mahale Mountains to visit another ideal park for encounters with chimpanzee. In fact, it offers the very best chimp tracking in the country as well as offering sightings of animals from many other monkey and ape families, combined with breathtaking beauty. The sunsets over Lake Tanganyika are not-to-be-missed for avid photographers. 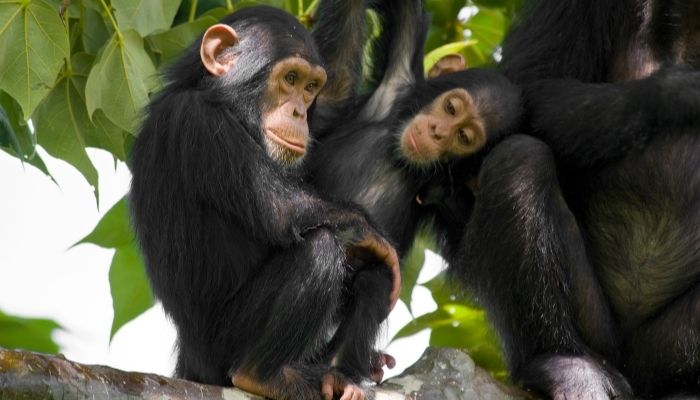 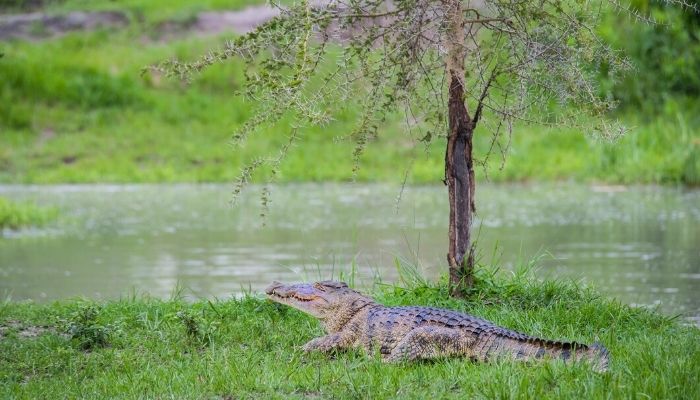 This park is world-famous because of its connection to primatologist and anthropologist Jane Goodall, known for her pioneering chimpanzee research. Most come to embark on a chimpanzee tracking expedition, especially during the dry season when the primates can be seen foraging on the lower slopes of the escarpment. There are around 100 chimpanzees here, split into three communities, one of which is particularly well habituated to human visitors. While the chimps are the highlight, there are a number of other primate species here as well, like vervet, blue, red-tailed and red colobus monkeys along with 200+ bird species. The park’s trail system allows for exploring deep within the forest providing exceptional views of the African bush too.

There will be few other tourists around if you visit Katavi, simply because it takes a lot of effort to get here. This remote park requires either a two- to three-day drive from Dar Es Salaam, or catching one of the twice-weekly scheduled flights from the city. If you want untouched wilderness and game spotting you won’t be disappointed. It’s home to large animal herds, particularly of zebra, giraffe, wildebeest, elephant and Cape buffalo, while crocs and hippos are often seen in the Katuma River. In the dry season, the mudholes are often packed with hundreds of hippos.